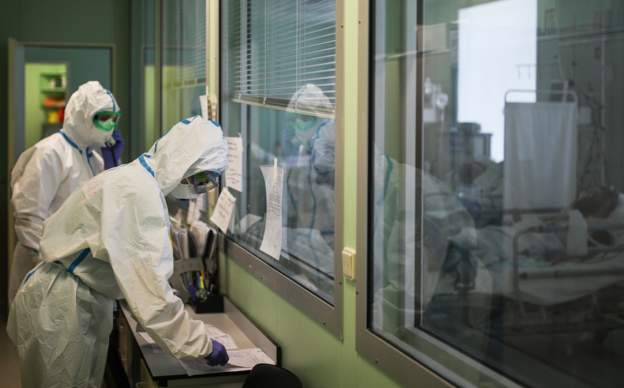 WORLDNEWS - Questions are mounting over Russia's extraordinarily low reported mortality rate - only 2,305 deaths with 252,000 infected. Moscow's department of health says it does not include most deaths of Covid-19 patients in official statistics because they had other potentially lethal illnesses. St Petersburg has reported an unexplained spike in deaths from pneumonia - five-and-a-half times the usual number and 10 times the official number of Covid-19 deaths in the city.Meduza, an independent Russian website, says official statistics are doctored and Russians are effectively “not allowed to die from coronavirus”. Many of those who find official numbers hard to believe keep their own tally.
Medical workers have their own list of colleagues they say have been killed by coronavirus. Even Orthodox priests have launched their own list "because official statistics are incomplete". Earlier, the Financial Times said Russia’s Covid-19 death toll could be 70% higher than official figure, but officials in Moscow dismissed such reports as "fake". ( BBC )
#Berita Utama #INTERNATIONAL
Bagikan
Komentar